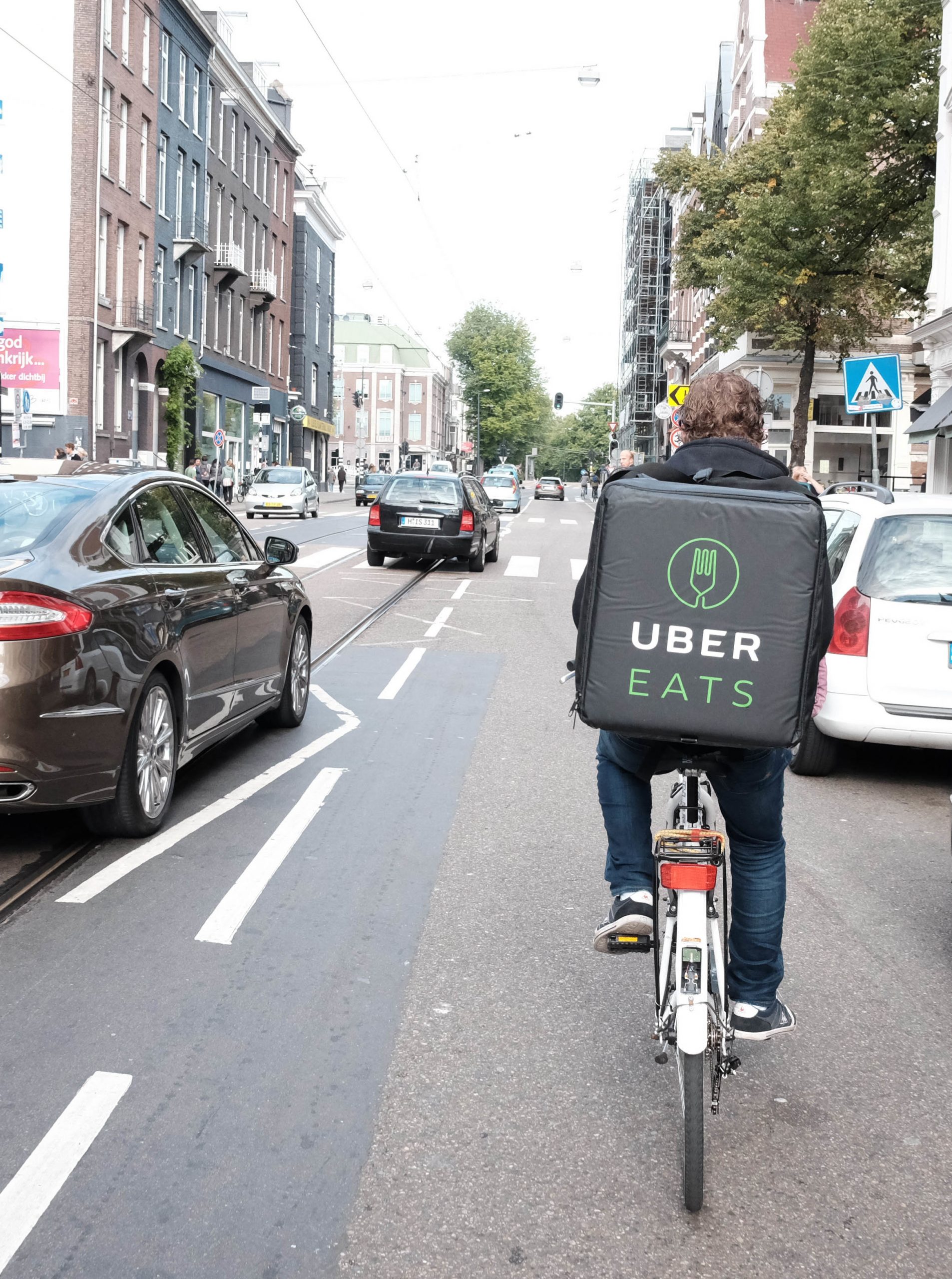 Uber Eats is an American online food ordering and delivery platform launched by Uber in 2014 and based in San Francisco, California.

Uber Eats’ parent company Uber was founded in 2009 by Garrett Camp and Travis Kalanick. The company made its foray into food delivery in August 2014 with the launch of the UberFRESH service in Santa Monica, California. In 2015, the platform was renamed to UberEATS, and the ordering software was released as its own application, separate from the app for Uber rides. Its London operation opened in 2016.

In August 2018, Uber Eats changed its flat $4.99 delivery fee to a rate that is determined by distances. The fee ranges from a $2 minimum to an $8 maximum. In the UK and Ireland, the delivery fee is based on the value of the order. In February 2019, Uber Eats announced that it would reduce its fee from 35 percent of the order’s value to 30 percent. As part of its expansion into foreign markets, the company announced its intention to open virtual restaurants in the UK. Sometimes called cloud restaurants or cloud kitchens, these are restaurant kitchens staffed to prepare and deliver food, either for existing brick-and-mortar restaurants wishing to move their delivery operations offsite, or for delivery-only restaurants with no walk-in or dining room service.

In 2019, Uber Eats announced that it will deliver food to customers by drones, starting in summer 2019, and partnered with Apple on the release of the Apple Card. In July, Uber Eats began offering a dine-in option in certain cities that allowed customers to order food ahead of time and then eat in the restaurant. In October, the company launched a pick-up option.

On January 21, 2020, Zomato announced the acquisition of Uber Eats India in an all-stock acquisition. As part of the deal, Uber would own 9.99% stake in Zomato and Zomato would gain all the users of Uber Eats.

Users can read menus, order, and pay for food from participating restaurants using an application on the iOS or Android platforms, or through a web browser. Users are also able to tip for delivery. Payment is charged to a card on file with Uber. Meals are delivered by couriers using cars, bikes, or on foot.